This book, Arts Therapies with People with Physical Disabilities: An Archetypal Approach (published by Jessica Kingsley), is based on the author Marion Gordon-Flower's experience over a number of years in a multimodal rehabilitation service for adults in Auckland, New Zealand. It combines case study material with a comprehensive description of Gordon-Flower's approach, which is based on using a wide range of arts therapies to encourage, as Caroline Miller expresses in the Foreward, “a fuller connection to, and expression of, each person's full range of experience and emotion” (p. 9).  The accompanying illustrations are particularly useful.  Although the book presents a multi-modal approach, there are specific chapters for Art, Environmental Sculpture, Expressive Dance, Drama and Music. 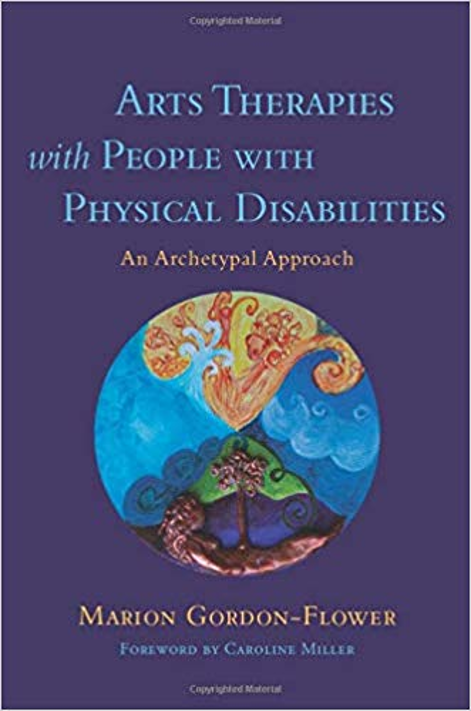 At the service in Auckland, multi-modal arts therapy was provided to adults who were in both residential and day-care settings. The client groups had a range of challenges affecting mobility, speech, coordination and sight, as well as cognition. Many of them suffered from feelings of isolation, lack of control over their lives, and attachment issues.

This book doesn't deal particularly with accessibility challenges when working with such clients. In Gordon-Flower's work at the service, she could rely on support staff to assist the clients with mobility and communication. This may be regarded with some envy by many arts therapists  and they would need to look elsewhere for discussion about the practicalities of running sessions with this client group. However, the author comprehensively describes her overall arts therapy ethos, with goal plans based on the clients' need for self-awareness and knowledge, rather than being defined by their medical needs. She explores the way in which the resources used can reflect the interests and aspirations of the clients, allowing them a sense of personal engagement.

A key factor in this is her “archetypal” approach, which favours the use of symbols, mythological stories and rituals, particularly for those who may be non-verbal.

In Chapter One, she discusses the concept of the archetype and she refers to various interpretations of the term by Jungian psychologists, including Marie-Louise von Franz: “Archetypes..have a form of expression that can only be perceived inwardly within the psyche, that is, in feelings, emotions, mythical fantasy images, and 'mythical' primal ideas.” (p. 16).

The case studies give a more accessible picture of how the author incorporates archetypes into her therapy work. Although her client groups had a variety of backgrounds – Maori, Pacific Island, New Zealand, European, Chinese, etc. – they bonded with universal themes such as the seasons, journeys, rites of passage, battle, healing, etc.  As she states, “Where physical mobility and limited vocal abilities presented barriers, archetypal approaches provided opportunities for a form of liberation into unconscious creative processes” (p. 19).

For example, Chapter Four describes an art therapy group of eight people who decided to explore ancient civilisations. After much discussion,  this became focussed on making “ancient vessels”, using a wide variety of media. The participants got whatever technical help they needed to make their creations and each was asked to reflect on two questions: “Who is it for? “ and “What is it used for?” The author describes in detail the responses of three clients, which revealed themes of healing after battle for one, safety as one sleeps for another, and empowerment in the face of danger for the third. Each could then reflect on how their chosen themes resonated with their own circumstances. The group discussion on completion of the project confirmed, “the sense of having been bequeathed a great shared inheritance, which enhanced wellbeing and self-esteem” (p. 59).

In 1992, Angeles Arrien identified five geometric shapes that appear with similar meanings in the art of all cultures – the circle, square, triangle, cross and spiral. The participants in a community arts therapy workshop with Gordon-Flower worked in pairs, choosing shapes and then creating an environmental artwork. This involved collecting material from a coastal area, choosing a site, making and installing the artwork, photographing the finished result, and reflecting on it with further art activity back in the group. Participants reported that the process “facilitated benefits on a holistic level” and enabled them to move “toward new ideas and directions both artistically and in life” (p. 84).

In Chapter Seven, Drama, the author outlines how she used Archetypal Cards (developed by Caroline Myss in 2003) to stimulate role-playing. The drama group were all men, most of whom were non-verbal and confined to wheelchairs. Each person chose two cards, producing such characters as Victim-Storyteller or Artist-Trickster. The group worked on the resulting drama over ten weeks, culminating in a public performance. According to the author, “the drama provided an opportunity to experience what it might be like to hold various positions of responsible and irresponsible power” (p. 123), roles which were generally not available to these men in their daily lives.

As a music therapist, I was particularly drawn to Chapter Eight, Music, which is described as “an invisible river running through and driving other modes of creative expression” (p. 135). In one group, the seven members worked on dramatising a Maori legend about Seven Brothers. They developed the narrative and costuming aspects but the full dramatic potential was only achieved when the men each chose an instrument  (bongos, cymbals, chimes, tambourines, etc.) to create “the voices of the gods”.

Feedback and reflection from the participants in each group was systematically elicited and reported.  In Chapter Two, the author outlines her previously developed Arts Therapy 5-Pt Star Model, which originated from a poster diagram she devised in 2008. It facilitated both verbal and non-verbal communication from the participants, exploring the five domains of Self-Reflection, Relationships, Lifestyle Results, Aesthetic Skill and Transformational Action.

Overall, I found this to be a very readable book, which provides many useful ideas for what the author calls a “therapeutic doorway” (p. 19)  when working with people with physical disabilities.

While much of the activity within the case studies is based on Maori and New Zealand culture, the author makes a convincing case for seeing these as archetypal resources, which could be found in many different cultures. Creative arts therapists may be drawn mostly to the chapters on their specialist mode but the whole book presents many useful avenues of exploration for any arts therapy work with this client group. 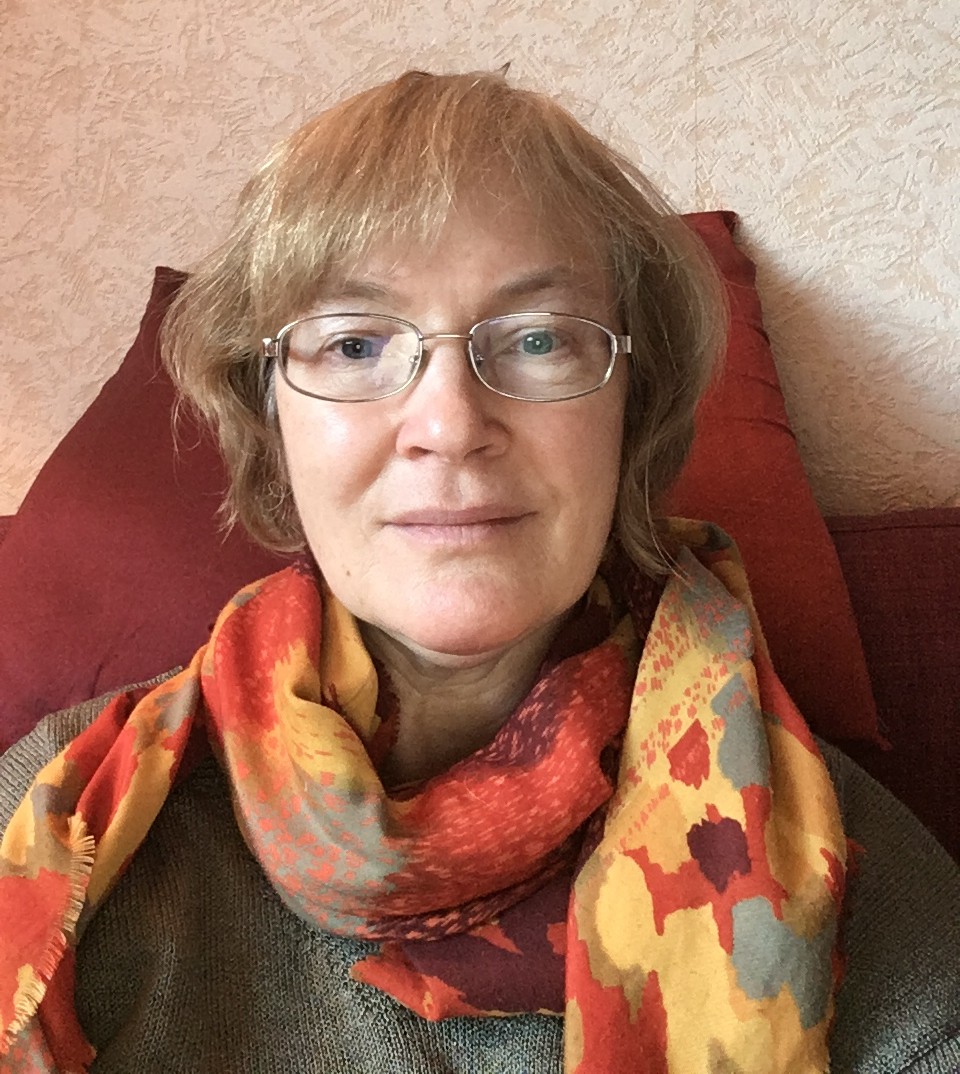 Celia Donoghue (celia.donoghue@gmail.com) is based in Killaloe Co. Clare. She graduated as a music therapist from the University of Limerick in 2017, after many years teaching music and working as a radio producer. She is also active as a performer on clarinet and piano.