Review: Before You Let the Sun In and Other Dramatherapeutic Stories

Before You Let the Sun In: And other Dramatherapeutic Stories, by Ian Robertson and Katerina Couroucli-Robertson, published by Sphinx (2018), is a very special book and should be on the reading list for all arts therapy, psychotherapy and counselling training courses. It illustrates how we can talk about clients and their work with us while still preserving the integrity and confidentiality that we are all bound by. As the authors say: “The relationship between therapist and client is one of the most intimate and delicate that exists, and one that is intriguing to outsiders” (back cover). Whether we are partners, children, parents, employers or friends, we want to know: “What did you talk about – for a whole hour? – did you talk about me?” Personal therapy, whether mainly talking or involving play, drama, art or music, is still a field of fascination.

In the past, there was a feeling of shame about seeing a therapist. Adults could request that therapeutic ‘treatment’ not be included in their medical notes, for fear it might adversely affect a job application or considerations for fostering or adoption. However, with evidence-based research, more clinicians are referring people for arts therapy. Now there is more acceptance that minds, as well as bodies, need healing. Especially with children and teenagers, the situation is slowly changing.

Ian Robertson is a graduate of Trinity College Dublin, where he studied French and Spanish Literature. In Athens, Greece, where he and Katerina Couroucli-Robertson live, he works as a teacher and actor. He writes novels, short stories and poetry in his free time. Katerina Couroucli-Robertson graduated from Sion Hill Dublin with a degree in Special Education. Since completing her dramatherapy training in 1989, she has been working as a dramatherapist and runs the Herma dramatherapy training in Athens.  She has a PhD in Dramatherapy from the University of Surrey. The aim of the book is to show the therapeutic process and its complexities from the point of view of the therapist. The authors did not want it to be too academic, though it does contain a great deal that may be of interest to the therapist. However, the primary aim was that it should be accessible to the general reader. 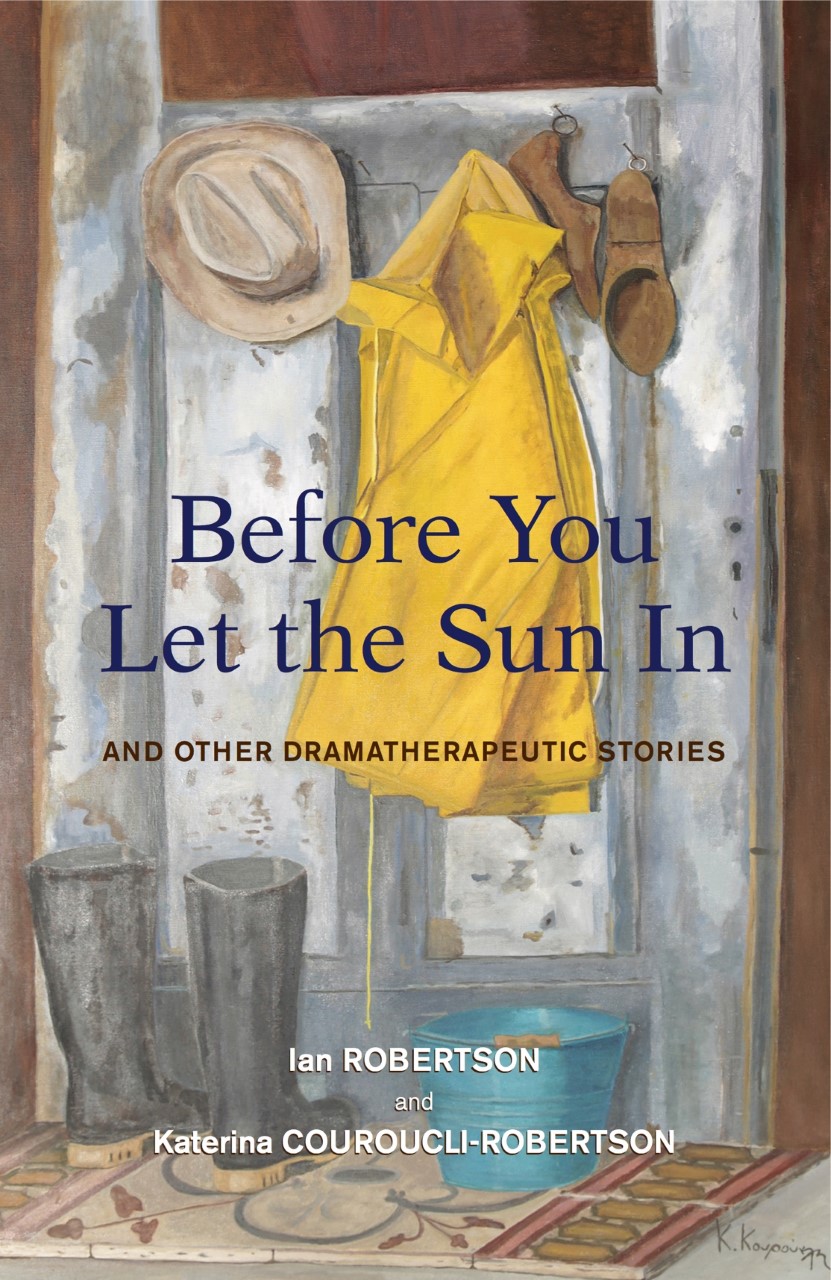 Each chapter has a different tale to tell, and each gives us insight into the client’s issues. The first story is about abuse and obesity and how the client finally deals with the trauma involved. The second is about the inability of a client to adapt to changing circumstances in her life, in particular her relationship with her father and ex-lover. The third is the story of an immigrant boy who through therapy manages to overcome a severe stutter. The fourth deals with a client who cannot come to terms with her sexuality. The fifth is about a client who finds it hard to accept the imperfections of the real world and can only find true happiness in fiction. The sixth is the story of a client who does not want to repeat the mistakes of her mother by coming between her husband’s child from a previous marriage and her husband. The seventh story is about a woman who has to deal with grief after the brutal murder of her daughter by her ex-husband. The eighth deals with a client who quits therapy before she is ready, yet keeps coming back after long periods of absence. The ninth story is about a perfectionist, who prefers to sacrifice his love for his girlfriend rather than make a compromise. The tenth story is about a mature relationship that develops between an ex-nun and a married man she had known in her school days. It is a story of unrequited love.

The stories of the clients are remarkable and provide great insight into dramatherapeutic practice and application, as well as the wider context of therapy. A number of dramatherapeutic techniques are referred to in the book, some in considerable detail. So, not only will a therapist gain insight into the work of another colleague but will also acquire knowledge that may be of use in his/her work.

I particularly like the story of “Dancing with Demons”, which follows the progress of Laura, a woman with obesity, and her struggles to come to terms with her weight. Her parents were opposites. Her father had no ambition, having spent time in the Resistance and seeing his friends lined up and shot by the Nazis. Her mother was a perfectionist and despised her husband, calling him spineless. Laura was born with the cord around her neck and across her face, which left a mark that lasted for at least a couple of years.  Her mother would not allow any photographs while the mark was still visible. As the authors suggest: “Laura said that it was as if she only came into existence when the marks of imperfection had disappeared. I couldn’t help wondering which stigma had done the most damage, the one on her face or that left by her mother’s shame” (p.3).

Robertson and Robertson remind us that sometimes the steps made in therapy are very small ones and success can be an open-ended dynamic, which is not necessarily a conventional ending. The format of the story works particularly well. As the authors describe their use of the story:

We have made a deliberate effort not to sensationalize or popularize the story in any way, while at the same time adhering as far as possible to the short story formula. As avid readers of Yalom and Bucay, we have been influenced by both writers, but we like to think we have produced stories that are distinctly ours, which, on the one hand, have a clearly Greek flavor and, on the other, are of universal interest. (p.xiii)

They profoundly illustrate how the client’s journey can be a story which we follow with eager attention across a varied landscape. As well as the life of the client, we are also invited to glimpse the life of the therapist when our personal experience has been triggered by the life events of the client.

In the story of Vana, the therapist describes how the client’s initial story about the divorce of her mother, and subsequent passionate relationship with her father, created a complex web of dynamics that affected many people. It also triggered memories of the therapist’s, Couroucli-Robertson’s, own circumstances, and the effect their family story had on her own daughter.

I strongly recommend this book, as I believe it will be of considerable interest to both the therapist and the general reader. It contains deep insight into human behaviour and the complexities of the human mind. As the authors say, “No two human beings are identical or have identical lives. Every client is unique. Each has his or her distinct story to tell. Yet, every client, and their story, is a paradigm, which contains something universal” (p.xi). 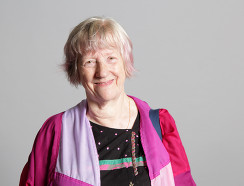 Dr Sue Jennings pioneered dramatherapy and playtherapy in the UK and Europe, and her career in professional theatre, play and dramatherapy, and social anthropology spans over 50 years. In 2002 she was awarded the Gertrud Schattner Plaque for ‘Excellence in Practice and Education in Drama Therapy’. She is a prolific author, including the best-seller Anger Management Toolkit. In 2011, she wrote the definitive text for neuro dramatic play, Healthy Attachments and Neuro-Dramatic-Play (Jessica Kingsley Publishers).