Beyond Form: An Exhibition of Paintings by Dearbhail Connon

Thinking Outside the Box

While the venue is extraordinary and beautiful, it is not the usual gallery format of a white cube, indeed it is not officially a gallery at all. Traditionally, the crypt was often where the most sacred objects of the church were stored. Therefore, where is more fitting to host a show exploring contemporary reflections around death, loss and what we are beyond our physical selves.

This body of work has been over five years in the making. It began following the sudden passing of my only child, Leon Connon, in January 2014. Overnight, my world was changed completely and forever. As a way of trying to cope with my loss and to find expression as an artist, I began a body of work that was to unfold over the following years.

In the aftermath of death, many people find themselves asking the bigger questions, such as who we are and what lies beyond this physical reality.

This body of work is an ongoing conversation at this level. At the beginning in the work there is a sea of Prussian Blue, indeed it becomes the ‘keynote’ that permeates through the work and binds it together.

At the time of Leon’s passing, I could only paint in blue, see in blue, resonate with blue. There was no form or structure in my world at all. Everything was gone, all meaning, all thoughts, concepts, values and belief systems. Everything was stripped away. It felt like a vast, open, formless space and this is reflected in the work, which often resembles deep space or a deep ocean.  I felt that part of my soul had followed Leon into the ‘undying lands’, and part of his soul still remained with me, therefore bridging the gap between heaven and earth, in effect.

A communication of sorts began between my son and me. This connection appears in the work and in the titles of the works; for example, in ‘Between Sleeping and Waking, You Will Find Me’. This is a common experience for those who have lost loved ones; it is believed that in the dream state the soul has freer access to move beyond physical form and into the other dimensions of reality. Conversations and meetings with loved ones have an intensity and reality to them that can be painful when we are returned to our waking physical reality.

The work follows the slow journey through grief but then we see a change; it is almost a conscious move from inner to outer. Where the earlier work receded, was silent, moved inward, and was unyielding, at ‘Winter Solstice 2016’ we see a gradual hesitant return outward toward the world. For the first time, the viewer is invited in and the work begins to meet them and starts to form connection. This is exactly true to the grieving journey of my experience. There was a time where I was so deep in trauma, I could not do more than retreat into a very deep part of myself and stay there. The words ‘stay in the wounded place’ rang true at the time. I could do no more than be true to myself and honour that place. To paint and write – there was little more. I was like a flame on very low ebb physically. There were faint signs of life outwardly, yet my awareness was wide awake, in a place of deep pain but still very aware. It was probably because my life was so internally focussed that I didn’t realise at first that I was going blind.

Just after Christmas of 2018, while on a residency at Cill Rialaig, I realised that my world was closing in on me in a very real way and the outward world was disappearing. Painting at the edge of the western ocean, I couldn’t see the sea. Subsequent tests revealed that I had severe cataracts in both eyes. I continued to paint during all that time, trusting my internal sense of colour and light; this sometimes worked but some images I had to repaint. I had operations in both eyes. After I had the second eye done, I began to see the work in a new light. I would say that I repainted the entire body of work before it was exhibited. This was a challenge.

There was a fine line between preserving what was done before and trusting when something new needed to emerge. I painted 90 works in all and 60 made it into the exhibition. For an artist to almost lose her sight and regain it was particularly frightening. It felt like disappearing from the world for a time and then re-emerging in a different form. The experience was not unlike a rite of passage, or a rebirth. It was a painful time. I was also suffering from PTSD and each operation brought me right back into the trauma.

I needed to dig deep, and some of the artwork reflects that.

This show is between an exhibition and an installation; it is a multi-media experience, so the audience is inside the work rather than just observing it. This is accomplished using lighting and sound that accompanies the show and reflects my background as a film maker. Lighting is used to create a space that is timeless, meditative and reflects the experience of going beyond death.

An installation includes my ongoing photographs and writing that accompanied that time. This installation will be woven with photographs of Leon that were taken during his lifetime and shows how we use photographs after someone has passed as an attempt to re-experience that relationship; to try and find a continuing relationship through memories which are captured, but also frustratingly are in the past. Time becomes something we want to control, manipulate or return to, and we find ourselves wanting. The writings will be taken from a book I wrote during this time entitled O Degrees of Separation, a book which further explores the multidimensional nature of reality. 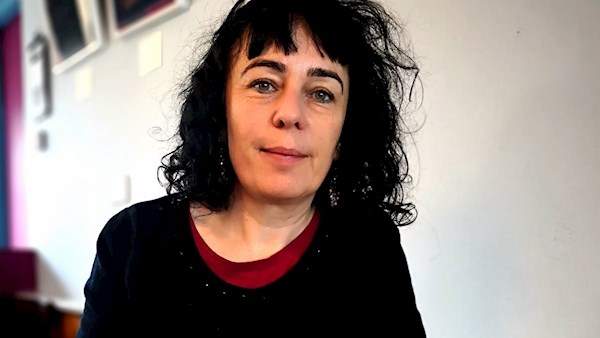 Born in raised in Dublin, Dearbhail has been living in Cork for the past 20 years. Her training includes a BA (Hons) in Media Production, a BA in Fine Art, and a first class honors MA in Art Therapy. She has made many short films, including commissions from Cork County Council and the Irish Association of Creative Arts Therapies.

Dearbhail Connon is best known for her deeply resonant abstract paintings that combine a search for meaning with her own personal experience. In particular, she is drawn to themes of spirituality and the interdimensional nature of reality.

Her chosen medium is oil on canvas and her style is abstract expressionist. Influences include work by Rothko and Kandinsky. Colour is often used and seen in terms of frequency resonance and vibration; it may suggest a feeling or an experience, and in particular has been shaped and influenced in more recent years by the sudden passing of her son Leon.

Dearbhail’s exhibition Beyond Form explores the question, does consciousness continue beyond this physical form. It opened on 12 th July 2019 and ran for three weeks at St Luke’s Cathedral in Cork City. It will be exhibited in a smaller revised form in June 2020 at the Crawford Gallery on Grand Parade, Cork.

Dearbhail’s book, entitled 0 Degrees of Separation, also takes us on a journey to the terrain of what lies beyond, or life after death. ‘O degrees of separation’, which is also the title of one of the paintings in the exhibition, refers to Leon, where he is now and where she can hear him, two different levels of energy, frequency and
vibration becoming One, where there is no separation.

Born in raised in Dublin, Dearbhail has been living in Cork for the past 20 years. Her training includes a BA (Hons) in Media Production, a BA in Fine Art, and a first class honors MA in Art Therapy. She has made many short films, including commissions from Cork County Council and the Irish Association of Creative Arts Therapies.

Dearbhail also works as an art psychotherapist and has a private practice in Kinsale specializing in loss and bereavement. Her work is also influenced by her training as an environmental arts therapist, which involves working with nature and outdoors. This is also combined with her training in pre-Celtic shamanism.

Examiner article about Beyond Form:
https://www.irishexaminer.com/breakingnews/lifestyle/culture/body-of-work-allows-artist-cope-with-grief-of-losing-her-son-935524.html

A Response by Christina Donaldson 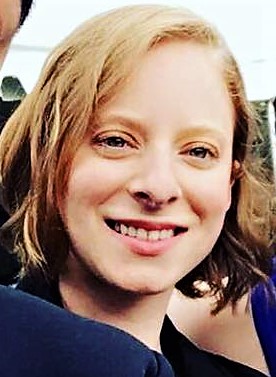 Christina is originally from New York state and has recently completed her Master's in Positive and Coaching Psychology at UCC. She loves finding new ways to be moved by Cork's rich arts culture.

Thank you so much for displaying your artwork at St. Luke's crypt. I've never been so moved by art before and was glad I followed the call to return twice to use the space to write. My brother died by suicide in 2004, when I was 15. I felt deep pain then but there was a lot I didn't know how to process.

Sitting in front of your first wall of artwork, I had sadness come up that I didn't even know I still had.

The ambiance you created with the artwork and music brought me to tears, and a deep sense of being in the presence of something profound. Something in your work spoke to me, and when I thought of why I wanted to go back each time, I knew that being in that room brought me to a space of feeling 'connected' to that greater power, divine, however you want to call it. Being in that room transported me right to it, something I'm always seeking, but sometimes find difficult to do on my own.

Thank you for creating art that could facilitate this, it was such a gift.

I feel that your work is needed by the world, and hope that the art world can see the great value and gift you bring so that more people like me can experience it.

Inspired by: Zero Degrees of Separation

Inspired by: Between sleep and waking you will find me