A solo exhibition of paintings by Irish artist and art therapist Sheila Richardson
at The Limerick Museum, Ireland 2019.

The title of the Exhibition, Heterotopias, is a concept in human geography elaborated by the French philosopher Michel Foucault to describe spaces and places that function in non-hegemonic conditions. To me it is a vital third space, spatially ambiguous. The individual pieces of artwork themselves set up worlds, a gathering of my life and times into a gestalt, a pattern or a structure that I can recognise. However, a work of art can never be fully understood and that is its gift. The work therefore demands time to reveal itself.

Artworks require of us to step outside of time and space to reveal inner core truths.

In an ever-increasing time of global crisis and dramatic world shifts, there exists also a crisis of the imagination as people have less time to linger and are conditioned to react rather than indulge in creative reverie. This suite of artworks attempts to address this lesser spoken crisis.

I create my own narrative through image making, painting and, collage. It is story of creation, or re-creation. I make images with ideas in mind and moving into my unconscious I reflect, stand back and see what they have to say. It is a dialogue. The painting is also in dialogue with other paintings A greeting from past to the present time.

Painting is a medium through which the mind can actualise itself, it is a medium of thought, and it is a reality that connects with an inner reality not constricted by chronological time. It is physical object but also one that creates imaginative space.

My method of painting is largely intuitive and spontaneous. By moving the paint around the canvas, the painted image comes into being. The making of the work is a process of transformation. Gesture stands midway between perception and language and by taking hold of my body with its various sensory modalities and motor capacities, I can expressively reveal the meaning of my situation and give a new significance in terms of a possible future.

We live in a body that perceives the world through the senses.

The artist thanks Limerick Culture and Arts Department and Limerick City and County Council for their support in making these new works. 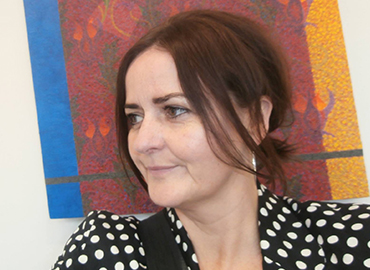 Sheila is a visual artist based in Limerick. She is a graduate of Limerick School of Art and Design with a distinction in Painting and received an excellence in painting award from the University of Wales where she completed her MA. She is also a graduate of the University of Brighton and Crawford College of Art and Design. She is supported by the Limerick City and County Arts Office with a studio fellowship at the Cappamore Artist Studio Complex. Her artistic practice is concerned with the exploration of the visual language of painting. Alongside her visual arts practice, she lectures in Visual Education at Mary Immaculate College Limerick. She has coordinated creative projects for Doras Luimni (2017), MIC (2018) and Narrative 4 (2019/20). Sheila is a trained Narrative 4 facilitator in creative storytelling and is passionate about art-making and its inherent transformative function. 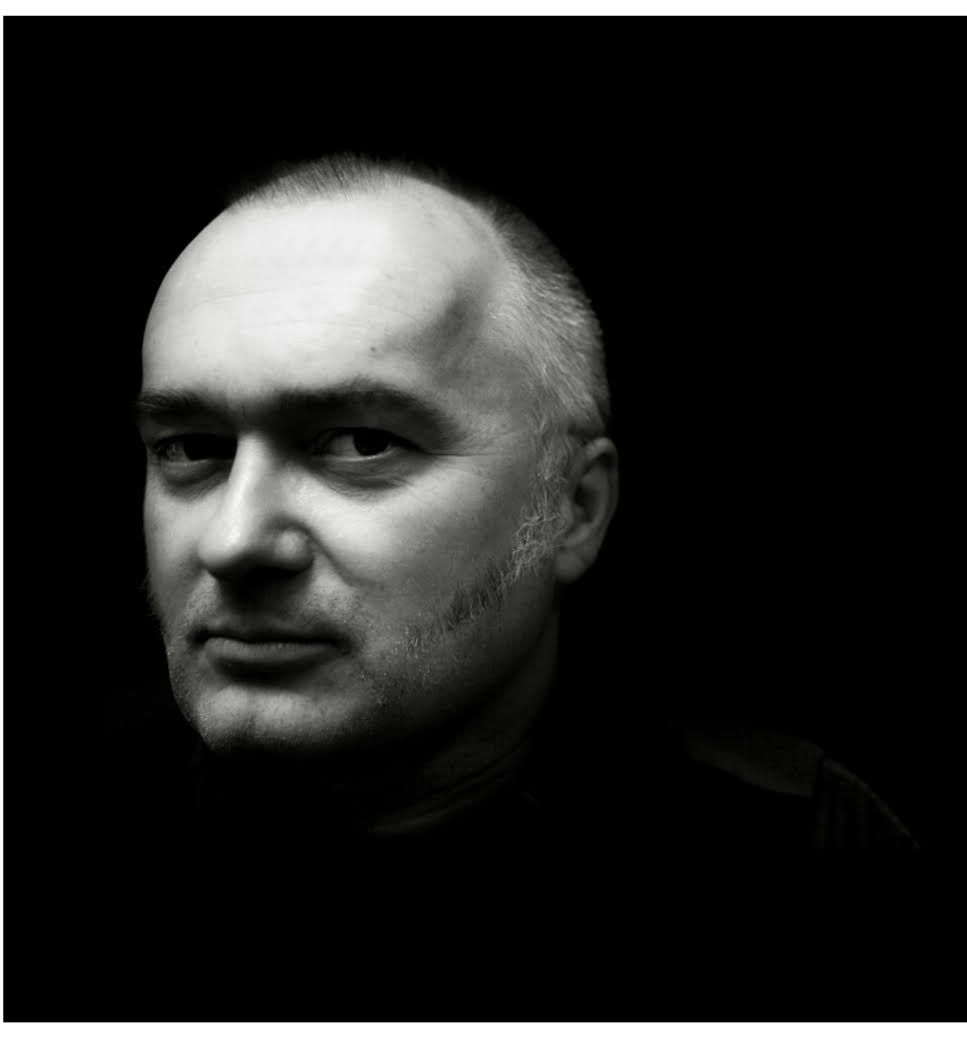 "We live in a body that perceives the world through the senses” … and we are driven by a mind which frequently functions in contradictory ways, which is something I would add to the last sentence of Sheila Richardson’s piece.

The beauty of painting, one of its unique and primary qualities, is its ability to create an arena for contrary energies to be made manifest and to a degree, at least, reconciled. Not so much balanced, it’s a dynamic interaction, particularly in Richardson’s case, where the material and energy, the colour pulse and physical gesture, combine to create something more than the sum of their parts.

Richardson talks about the gestalt, the structure of the painting and the qualities of its material and visual language. In Richardson’s case, elements brought together by the skill and experience of the artist, skill and experience built over time. Every good painting has time built into it and the ability of the artist, the vitality of their tenacity and talent, should not be overlooked. Everybody might potentially be an artist, but only a painter can fold time into a painting. The ghosts of the past and a new style of consciousness, made manifest in paint, with which to bring the future into being. Thinking needs language.

As digital media and reality TV monetises the normal and abnormal alike, into one form of consumption or another, and the collective consumer conditioning demands reaction rather than consideration, painting, especially depth painting such as Richardson’s, becomes a unique kind of Heterotopia. The viewer is encouraged to do something which is increasingly abnormal; slow down, be present, consider rather than react. And, breathe in the delicious fresh air and wonder of not exactly knowing what they are looking at.

I know, what madness is that? Somehow being comfortable with the unknown? It continues to surprise me just how limited many people’s imaginative space has become. This is one of the challenges that good painting creates. But obviously it is an imaginative exercise. An opportunity to indulge, without censure, possibilities of conjecture which are without consequence in terms of the physical world. The nature, limitations, excesses and contradictory nature of the viewer’s mind is another question, a question that paintings such as Richardson’s create the opportunity to reflect on, while also enjoying the exuberant transgression of the limitation of normal knowing and seeing.

Gavin Hogg has been a practicing artist for 30 years. He studied in Limerick School of Art and Design from 1983-87, going on to complete a Masters Degree in Birmingham in 1988. He has exhibited widely and won numerous awards and achieved wide critical appreciation for his work. Hogg’s work is included in many public and private collections, nationally and internationally. In 2012 Hogg completed a course in Jungian Psychology, which has had a major impact on his recent work. He currently has a studio in Limerick City where he continues to explore the possibilities of painting and print as means to give visible form to more elusive and symbolic subject matter.

Further details and examples of his work can be seen at www.gainhogg.com 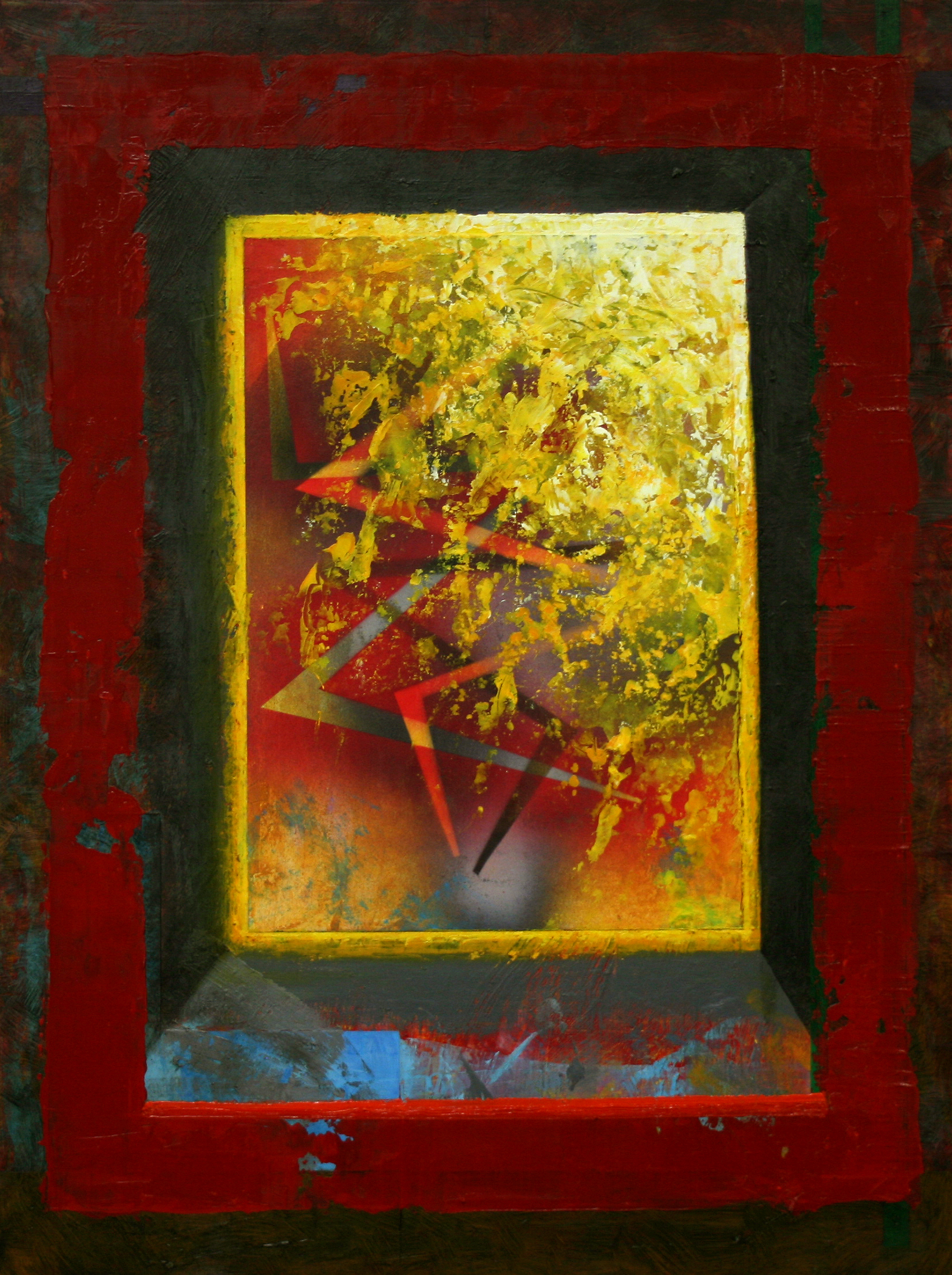