Writing the Language of the Body: Áine Stapleton's Score 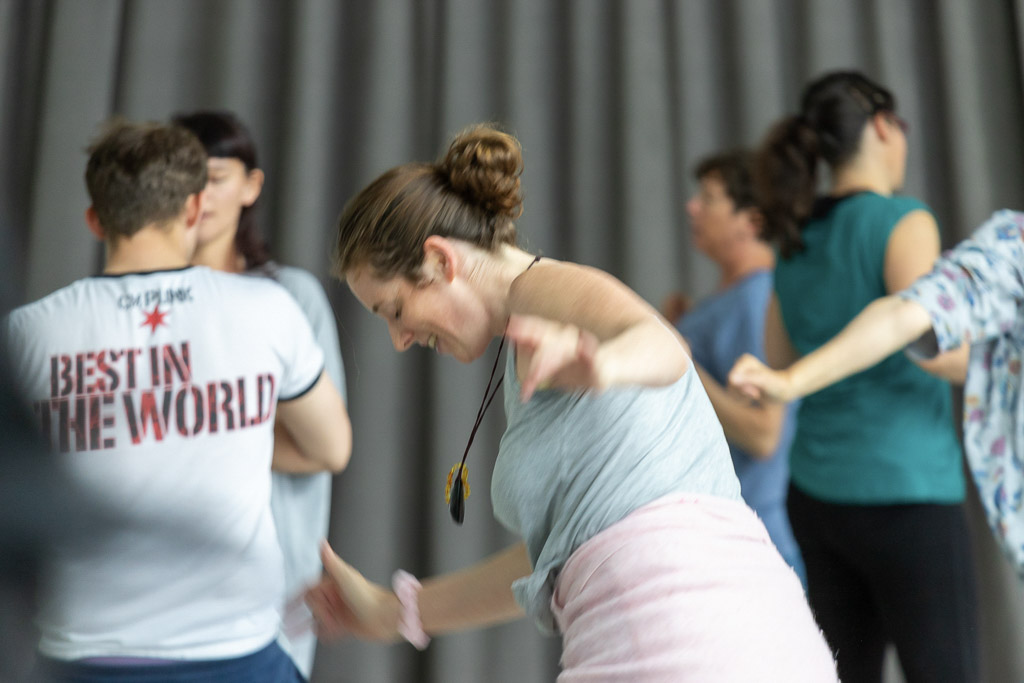 The performer creates a shape that is only partly seen by her audience. Her shape seeks approval to enter into the subtleties of the performance area, and it affects the space around her. As she enters the stage, travelling from the east, a pre-recorded sound that indicates a change of vibration plays at a low level. An alteration is felt by the dancer. She remains tranquil, breathes deep and centres herself. (Stapleton, 2019, Queen of Vacation choreographic score, personal communication, 8 October)

Áine Stapleton’s choreographic score is a landscape of words within which to compose dance. As a series of possibilities, the score encourages movement using a non-directive vocabulary. The dancer is invited to respond to a score that constructs associations to language. Words are chosen with a specific intention to structure a dance. There are metaphors, juxtapositions of meaning, and words in motion. The score’s text inspires ingenuity and the dance vocabulary is received both as a psychical and physical challenge to overcome predictability. Áine gathers language from lived experiences that evoke resonance. The words are found in the everyday, but they are not a narrative. The dancers respond with empathy and their own embodied histories. The aim is to inhabit different levels of consciousness at the same time—to not recreate what is already known, but to go somewhere different. This is not a representation of symbols, but rather a suggestive language that articulates through impressions.

The choreographic score is a provocation. It is authored for the purpose of achieving present moment discernment and responses that are at once both inside and outside of thought. The rehearsal is the platform for a reckoning with language that is scripted and interpreted in nonlinear ways. Words are rewritten in order to achieve a particular choreography, and language instructions can be reformulated during rehearsals. The point is to persuade a choreography of joint effort that is a liaison to non-exacting language. The score promotes relationship building—an execution of words that is entered as a landscape of communication. It is not only words on paper, but vocabulary that “illuminate the body’s dynamic relationship with time and space, expressing gratitude to the unknown” (Stapleton, 2019, Queen of Vacation choreographic score, personal communication, 8 October). 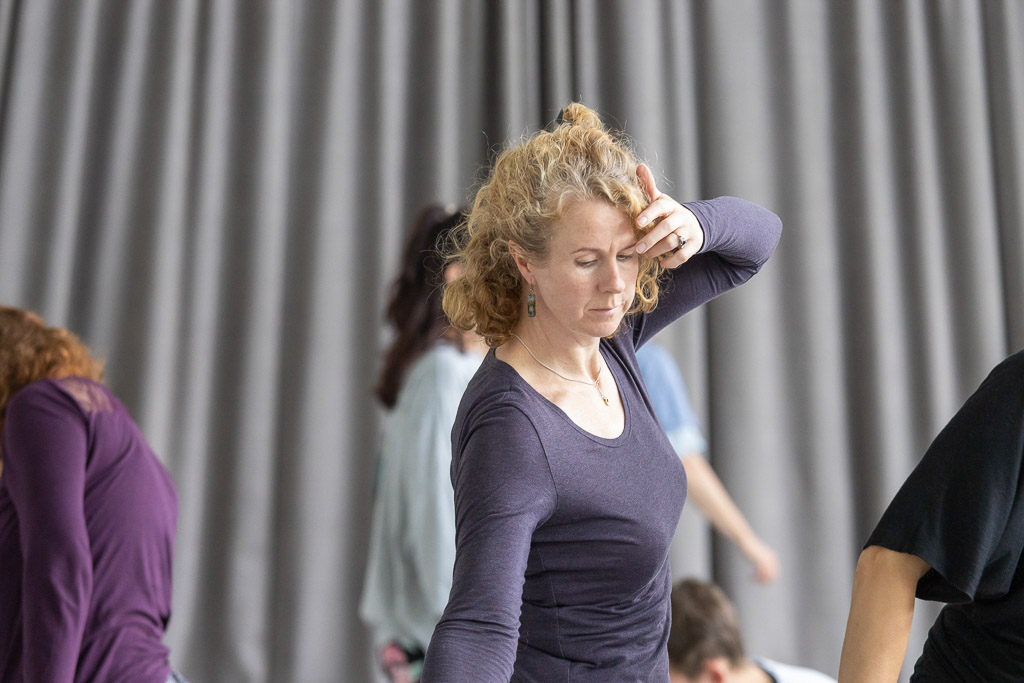 Áine is influenced by choreographer and dance artist Deborah Hay. Hay celebrates transitory dance informed by fluctuating perceptions. This is the body as an ever-changing form, receiving information that deconstructs habitual intentions. Each dancer is given the space to be with language in an unusual way. By following specific instructions, the dancer is directed in a particular performance practice. Rather than reproducing a sequence of prescribed movements, it is the dancer’s practice of whole-body awareness while navigating Hay’s directions, that conjures a choreography. The score is an assembling of potentials—words meeting flesh—and the invigoration of sensations that are transmitted into action.

The choreographic score can take many forms, but in this case requires a visceral contemplation. It is not just a performance—it is an interaction that challenges the body to transform. Each dancer interprets the score in a different way, but ultimately there is an engagement with immediacy that is co-created. Áine’s choreographic score is written as a proposal for being within moments of permutation or learning through the body without thinking. The result is dance that bestows the language of the body into a shared immediacy. An audience is moved to pay attention, and to become surprised by their own impressions of freedom.

She merges with her situation in order to find a solution and simultaneously notices her body's absolute trust in the present moment. Suddenly she is no longer in the landscape, she is the landscape. (Stapleton, 2019, Queen of Vacation choreographic score, personal communication, 8 October) 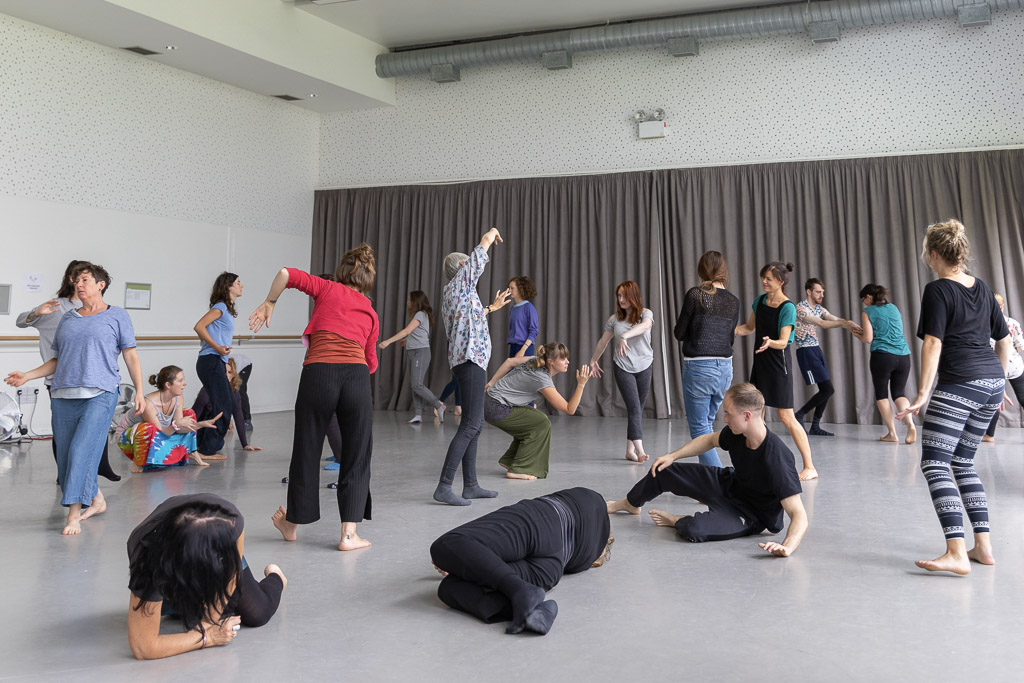 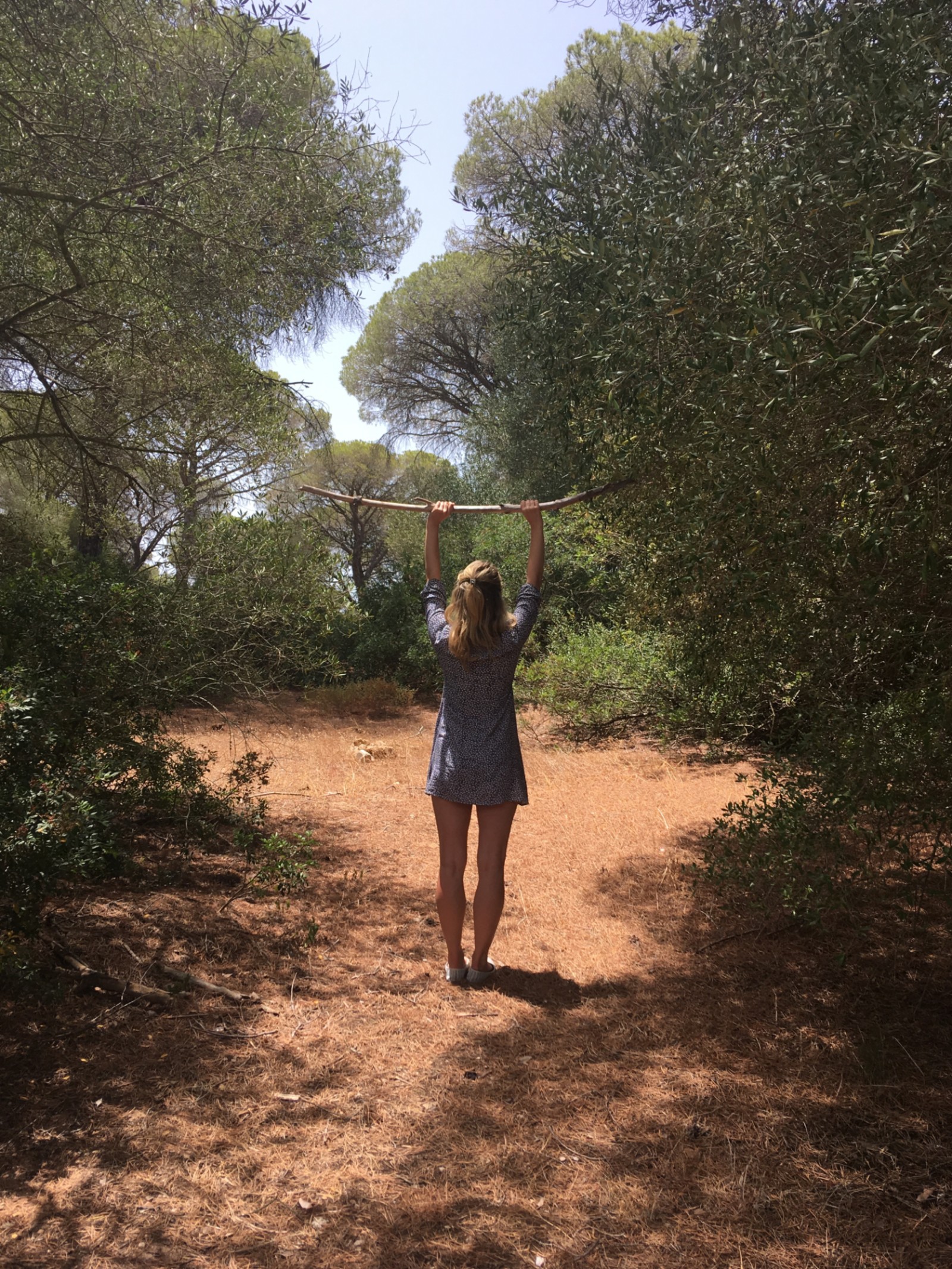 ÁINE STAPLETON works in film, dance, and music. She has a First Class Degree in Dance Studies from the University of Surrey, London. She was selected as Associate Artist 2019 with Dance Ireland, the national dance development organization in Ireland. She recently premiered her experimental feature film Horrible Creature, based on Lucia Joyce, at The Irish Film Institute Dublin – “A stunning visual experience” Film Ireland. She will create a live dance production about Lucia Joyce for premiere in late 2020. This production is funded by The Arts Council and co-produced by Project Arts Centre Dublin and Dance Ireland.

Áine is an artist in residence at NMAC Foundation in Andalucia, researching and developing a short dance film ‘Borders and Beliefs’ with support from Dance Ireland. She has been invited to speak about her work at various symposia including 'Women, War and Peace' at Trinity College Dublin, 'Body Stories' at University College Cork, and ‘The Book and The Body’ at University College Dublin. She recently presented a dance and writing workshop for IACAT at Dance Ireland called Writing the Language of the Body, in collaboration with Maggie O’ Neill. Áine curates events in partnership with several organisations including Dance Ireland, Galway Dance Project, and First Fortnight Festival. 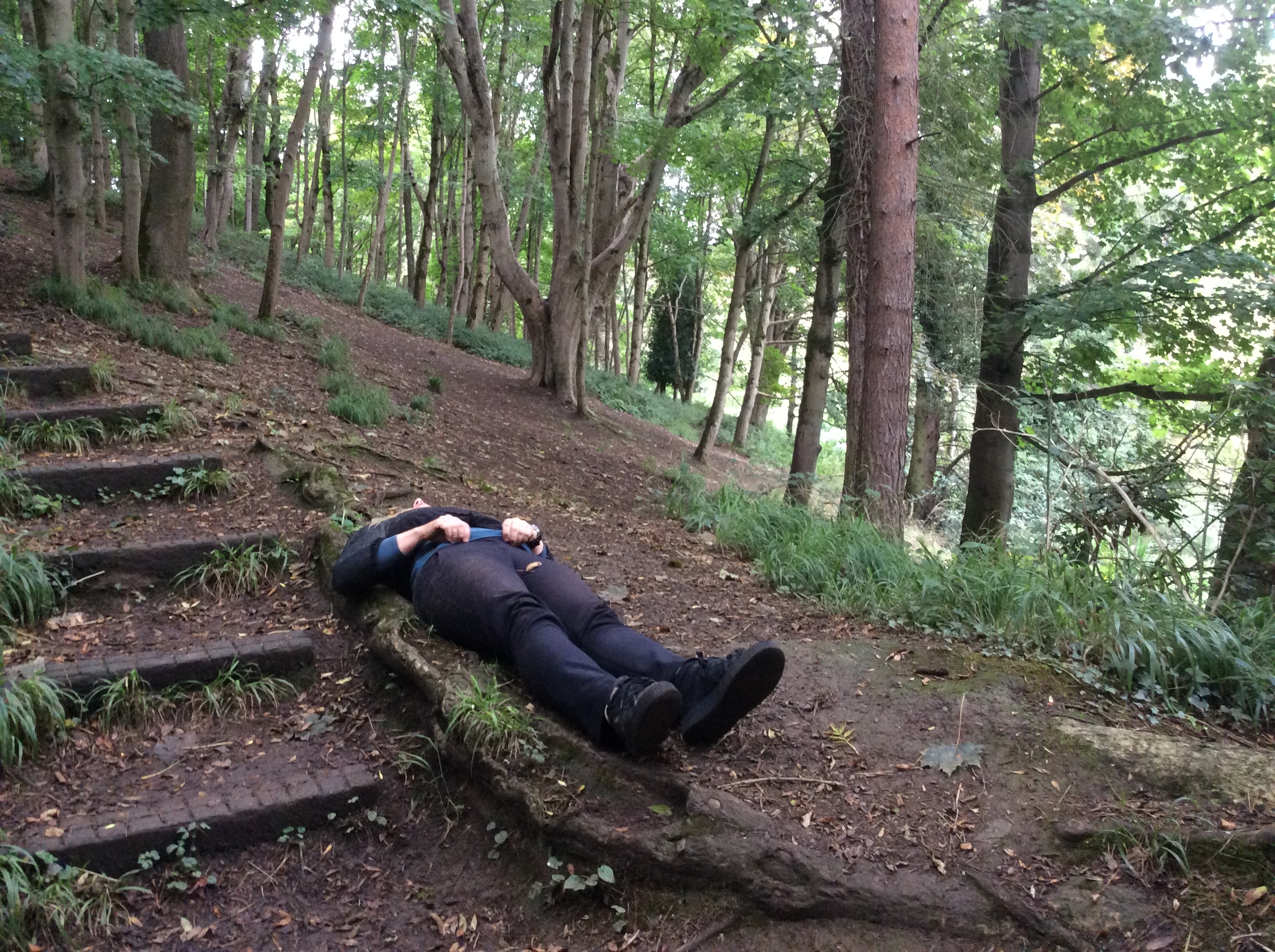 PAMELA WHITAKER is an art therapist and lecturer in the MSc Art Therapy course at Ulster University, Belfast School of Art. She also works under the name of Groundswell, www.groundswell.ie.